We believe that every business has a story to tell. Here is ours.

In early 2010, a mortgage banker, a realtor and an insurance agent walked into a restaurant to meet the owner. No, it’s not the intro to a great punch line but simply how our story began. Four businessmen from Omaha, NE started to meet, week after week, to get to know one another and learn how we could help each other grow our respective businesses. There was no plan for growth or expansion from these humble beginnings, just a focus on building relationships, making connections and gaining trust through the process.

A few months went by, referrals were being passed and closed business was a regular occurrence. Then, the crazy idea happened. “What if others need something like this?” And a simple idea was born on a restaurant napkin. Through some brainstorming and conversations about other quality professionals we knew in the area, Center Sphere had begun.

Nothing fancy as we were all busy ourselves, but we felt it was an idea that could solve problems for some great people. We started with charging a mere $50/year to cover printing costs and some donuts for our meetings. Within a matter of weeks, the group grew to over 75 members and quickly reached the point of having to split into two separate chapters. Many hesitated to “leave” the initial group as they felt they were abandoning their friends and relationships they had built. Another lightbulb – we realized that our network needed to be much inclusive than a weekly group. We saw this chapter split as much more of an “extended family enhancement”, which allowed room for others to join the culture we had created and build relationships across group boundaries.

Fast forward to 2020, our ten-year anniversary. Center Sphere has now won many awards, including Best of Omaha five years in a row as well as the Community Impact Award for our philanthropic efforts. We have created a proprietary dashboard system which has allowed us to continue our nationwide expansion. We are more than just a “networking group” – we are a platform for growth for any business or individual who is seeking to become the best version of who they truly are. Although we create and pass millions of dollars in business every year between our members, we ultimately believe that relationships and community drive business long-term. To us, that is an invaluable asset and what “it” is all about.

The years leading up to now have focused on researching and creating the greatest platform possible for our membership. We are poised for expansion in a big way and are grateful for all who are a part of our movement.

May this be your BEST YEAR YET and we hope we are a part of making it just that! 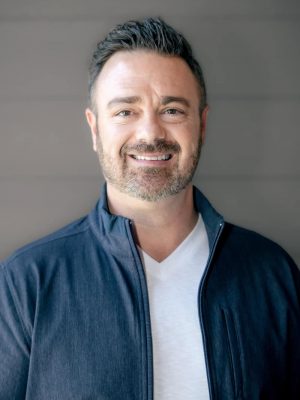 Brett Boyer is a serial entrepreneur and Nebraska native who is a master at living his life in the zone of Servant driven leader. Walking this path every day, Brett ensures the vision of every venture he is part of is ever-evolving and aligns with his ultimate mission to build genuine relationships and assist communities all over the nation to grow and thrive.

Owning many different businesses has allowed Brett to bring his visions to life while connecting with a plethora of businessmen and women across the nation and even the world. As the visionary and CEO of Center Sphere, Brett is able to help cast the vision for our growth and, in turn, help others grow their network and, ultimately, their businesses. Helping others has always been his ultimate passion, and Center Sphere has been a huge part of fulfilling his purpose and walking his path.

Brett was named 2021 Entrepreneur of the Year by the Midlands Business Journal as part of their 40 Under 40 awards.

Brett was born and raised in Mullen, Nebraska’s small, rural town where he learned the value of working hard for what you get. He also has a degree from the University of Nebraska in Finance. Brett is blessed to marry his best friend, Jessica, in 2007, and grow their family. They have a vibrant son named Jepson, who is the joy of their lives, and keeps them on their toes.

Not finding the resource you need? Feel free to email us at info@centersphere.com.

We have updated the information in the database.